To get tot he top of Pancíř mountain, the tourists may take a chair lift, the track of which is divided into two sections. The first one starts in the aforementioned Špičák station with the main ticket office and is 1453 metres long. The engine for both sections is located at the transfer station Hofmanky. The second section is 1285 metres long and ends up at the terminal station Pancíř.

On the top of Pancíř, the first simple wooden lookout tower was built on 1880 already. The new lookout tower attached to a chalet with a restaurant named Matušova was put into operation on 28th September 1923. Its construction had been completed in only five months. At the northern side of Pancíř, there is a piste with a ski lift.

One of the most beautiful Šumava views of the Royal Forest, of the main Šumava ridge with Debrník and Poledník mountains and of the side ridge with the peaks of Polomy and Sklářský hill, opens from the peak of Pancíř. Also the German Grosser Arber (Velký Javor) mountain with typical towers of a radar station and of a transmitter as well as of the chalet Arberschutzhaus seams to be within a reach of the hand. At favourable visibility conditions, mainly in autumn and winter, one can often admire the unforgettable view of the Alps. Sometimes in autumn, the whole valley beneath is cast with fog and low clouds, while the weather on the top of the mountain is clear and warm.
Text : Turistické informační centrum města Železná Ruda, www.sumava.net/itcruda 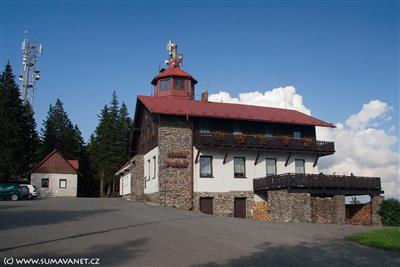 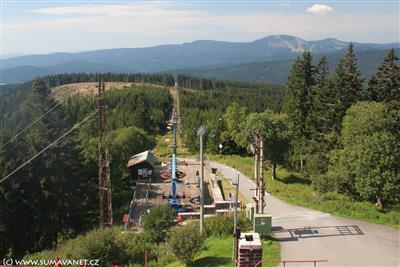 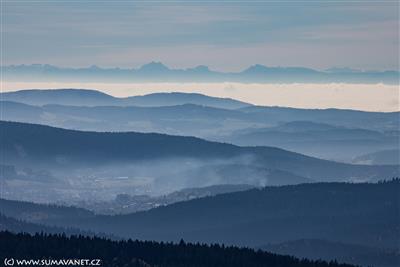 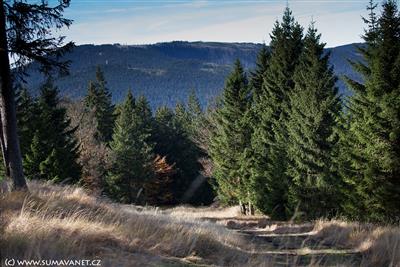 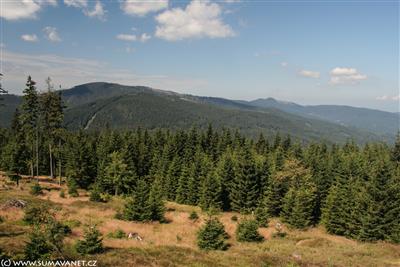