The National Nature Reserve of the same name (Bílá strž) was declared in 1972 and extends at the area of 79,2 hectares at the altitude 735-1086 m. The Bílý stream creates a romantic valley, where at the altitude of 940 m can be found an outlook of the highest Šumava waterfall, only a few dozens of steps from a forest road.

The remains of the original mountainous forest of virgin character have been preserved in the surroundings of the waterfall. The forest is mainly formed of spruce trees with the trunks of up to 95 cm in diameter. The oldest trees are 220 to 240 years old.

The waterfall itself is formed of several terraces and cascades and has a total height of 13 metres with the highest grade of 7 metres. In the carved bed of the Bílý stream there are also so-called "giant pots" - huge boulders carved by running and whirling water.

At the territory of the Nature Reserve live typical species of vertebrates for the Šumava, amongst whom we should name at least Common Raven, Three-toed Woodpecker or Eurasian Lynx, occasionally we can also meet here Cantabrian Capercaillie. Bílá strž is one of the documented habitats of Garden Dormouse and of Ural Owl.
Text: ITC Železná Ruda & ŠumavaNet.CZ 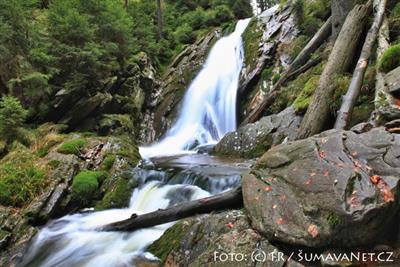 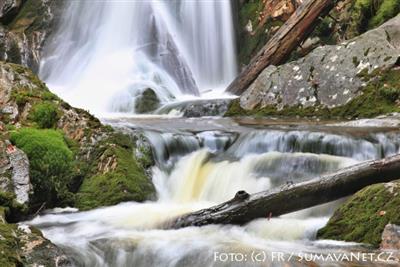 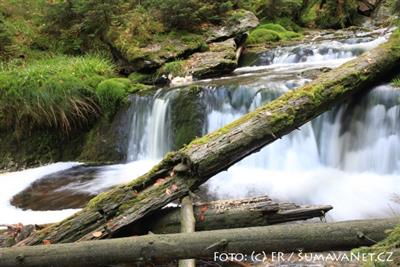 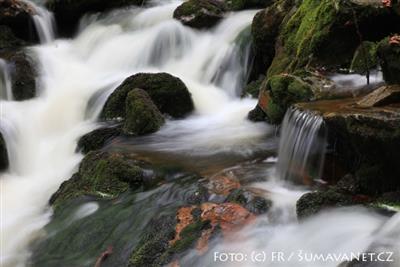 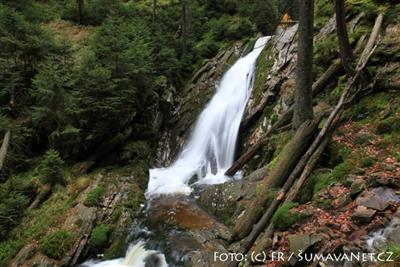