The surroundings of Železná Ruda belong to the Železnorudská hornatina hilly region with greater altitude differences than the Šumava plains. You will enjoy the panoramic views of Špičák with the new viewing tower, Jezerní Hora (1,343m) with two glacial cirque lakes, the Pancíř range including the tops of Pancíř, Můstek and Prenet, Falkenstein with waterfalls and primeval forest on its flanks, and the highest mountain of both the Šumava and Bavarian Forest - Grosser Arber (1,456m).

Particularly fine are views of the Royal Forest and the dramatic skyline of Ostrý, one of the most picturesque peaks of the Šumava, from the cableway going to Pancíř. On days of good visibility, usually in spring and autumn, you will see the far-off ranges of the Alps in the south. The Šumava: the melancholy mountainous countryside, humming woods, swamps and highland bogs with typical northern peat flora form, jointly with the neighbouring Bavarian Forest the largest green island in Central Europe.

Železná Ruda is found in the immediate vicinity of the Šumava National Park and the German National Park of Bayerischer Wald. Some areas have been left for the nature to take over and create new wilderness. The overgrown sites of the former mountain villages, meadows and former pasture lands abound in rare plants and flowers. 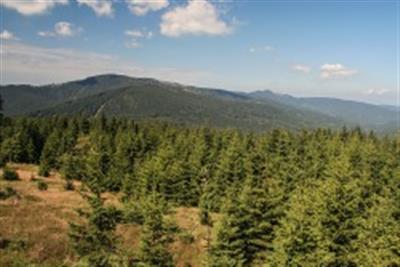 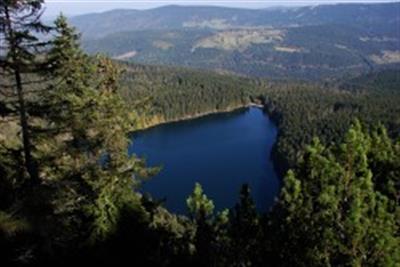